“Passions” on DVD with Bonus Features

Own this never before seen film, starring Maurice Benard, which has been locked away in a vault until now.Expecting to begin shipping after December 10th.

Originally shot in the year 2000 on 35mm and has now been remastered in HD. Passions was Directed and Produced by Erin Upson Cuevas, Written and Produced by Susan Black (co-author of “Nothing General About It”), co-starring Stephanie Geyer as “Roxanne” and includes original music by Joshua Benard.

Synopsis: A confession goes awry as a troubled woman enters a young priest’s private chambers wielding a gun. As she catapults between anger and anguish, her devastating revelation forces the priest to face his own regrets.

Find more behind the scenes photos and details about the movie visit: “Passions” at Reelhouse

Exclusive Bonus’ with the Purchase of the DVD:
The DVD release includes exclusive bonus footage from the film, interviews from recent cast reunion, an exclusive song written and performed by his son, Joshua Benard along with a brand new autographed headshot signed by Maurice Benard (not personalized).

Additionally a portion of the proceeds for the film and DVD sales will go to the Depression and Bipolar Support Alliance (DBSA). https://www.dbsalliance.org/ 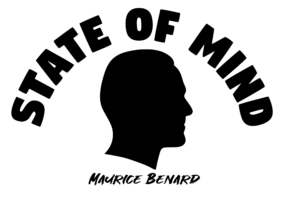